You can roll up one of LG's TVs like a newspaper 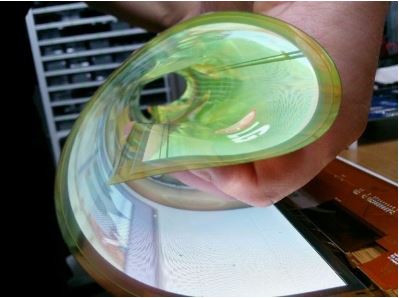 You can roll up one of LG’s TVs like a newspaper.
At this week’s CES technology expo, LG will be one of many TV makers to show off an impressive lineup of super-duper-high-definition TVs. But there’s one thing that separates LG from the competition.

The 18-inch display is just one of the concept designs LG will be unveiling, as it attempts to predict the future of television screens. Also on display will be a 55-inch TV that is as thin as a piece of paper and a 65-inch “extreme-curve” set of TVs that bend inwards and outwards.
None of these TV will be sold this year — and it’s possible they may never hit stores. It’s also not totally clear why you’d want to roll up or bend your TV.
Like automakers’ “concept cars,” LG’s TVs are meant to show off what’s possible, even if it’s not yet marketable, affordable or able to be mass-produced for customers. But some elements of LG’s creations may come to your next television screen.
It’s concepts like LG’s that may one day push the industry forward into new markets and technologies it hasn’t yet considered.

Finehope a full of vitality and creativity of the organic composite Hong Kong company, is based on the “green manufacturing technology and innovative talents for the development of the concept of enterprise. Corporate culture adhering to the “innovation, persistence, positive”, the world today, we have to maintain the idea of innovation, and strive to make themselves better, more adapted to the pace of social progress, in order to achieve our goal, we have to keep trying again and again, until the end of success; we must have a positive attitude, we can keep the fruits of active.