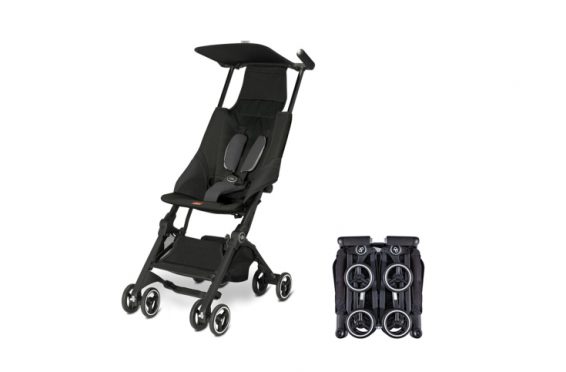 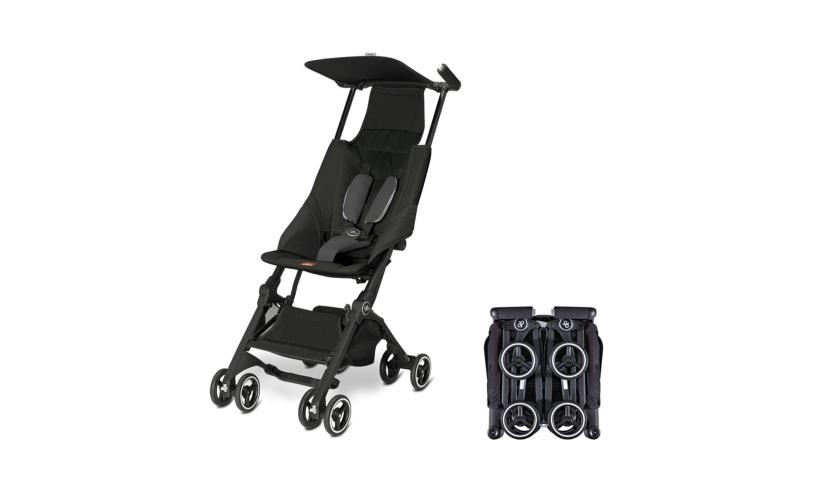 For anyone with a hope of packing light, traveling with babies famously throws a wrench (and a carseat, and diaper bag of supplies…) into those works.

The newly launched gb Pockit folding stroller ($249.99) is one product aimed at battling this issue. Holding the Guinness World Record as the smallest folding stroller, it weighs 9.5 pounds and goes down to a rectangle 12 by 7 by 14 inches that can fit under an airplane seat or be carried in a tote. It can shuttle around urban and traveling children from six months to 55 pounds.