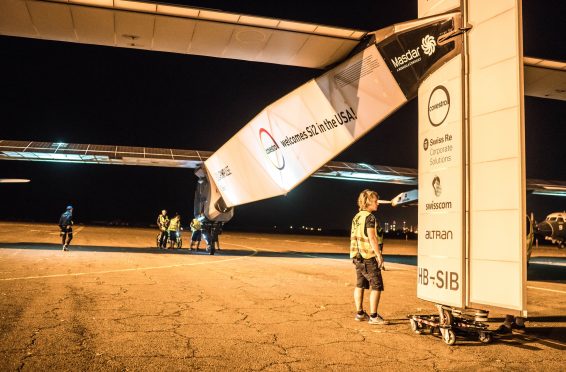 Pittsburgh — Covestro AG already has met one of its sustainability goals for 2020 and is close to meeting another — so the newly formed materials maker is upping the stakes.

Leverkusen, Germany-based Covestro — a major global producer of polycarbonate, polyurethane and other specialty materials — had wanted to reduce specific carbon dioxide emissions from its operations by 40 percent vs. 2005 levels by 2020. But the firm already has reduced those emissions by 38.4 percent, chief sustainability officer Richard Northcote said April 11 at Covestro’s North American headquarters in Pittsburgh.

As a result, company officials have increased the goal to a 50 percent reduction vs. 2005 by 2025. Covestro also already has met its original goal of increasing energy efficiency by 30 percent vs 2005, Northcote added.

“We’re positioning ourselves in a sustainable world,” he said. “We need to evolve if we want to take our rightful place in sustainable development. We’ve moved forward considerably.”

Covestro’s spinoff from former parent Bayer AG in September 2015 — it previously operated as Bayer MaterialScience — has helped the firm advance its own sustainable agenda, according to Northcote.

“Being independent from Bayer has allowed us to have more of an effect,” he explained. “We’re no longer part of a conglomerate that was driven by health care and crop science.”

Increased polycarbonate use in LED lighting can create carbon savings. Covestro also is developing bio-based grades of aniline and ethanol feedstocks. And a new software system is allowing Covestro to track carbon use more closely.

The firm will take a big sustainability step in June when it opens a pilot plant making polyols from carbon dioxide at its site in Dormagen, Germany. This precursor will be used primarily in flexible foam applications such as upholstery and mattresses.

Small-scale tests have shown that PU elastomers made using this process have the same qualities as those produced from petrochemicals. At the same time, the new process is more energy efficient and uses lower volumes of solvents than traditional processes do, Covestro officials have said.

Northcote said that the financial term “return on capital employed” (ROCE), should be interpreted as return on carbon employed. “We have a great opportunity to look at the life cycle of a product and see how much carbon was saved,” he explained.

The major drop in the price of global oil that’s been seen since mid-2014 has in some ways hurt sustainability programs by making virgin resins less expensive when compared to recycled materials. But Northcote said that price drop hasn’t impacted Covestro’s