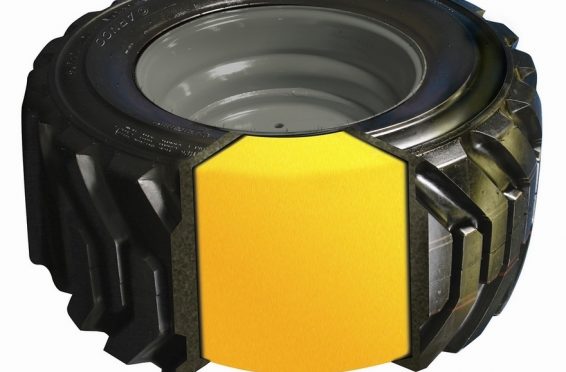 When Accella Performance Materials began revamping its tire fill business, its plant in Berea, Ohio, was a logical place for investment.

“It’s the center of R&D in both the chemistry and the applications and the machinery end of the business,” said Robert Cunningham, the company’s vice president of technology and innovation.

This role as center of chemical research and development for Accella’s Tire Fill division is a new one for the plant. The company recently renamed its Tire Fill division, bringing together acquisitions from recent years and consolidating and reconfiguring the operations at its plants.

The Berea plant is “tremendous,” Cunningham said, with plenty of lab space. And, he said, the region has a strong pool of research and manufacturing talent, so “it’s a good place to hire.”

Maryland Heights, Mo.-based Accella Performance Materials is made up of a variety of producers of polyurethane and rubber products. Aside from the tire fill business, Accella makes polyurethane specialty products such as carpet binders and spray foam insulation, said Al Restaino, the company’s vice president of marketing. Restaino’s home plant is the Berea location; when he joined the company in early 2014, the decision was made to spread the senior leadership team out over the company’s different locations. Overall, the company has about 520 employees and makes about $450 million in annual sales, he said.

Accella’s tire fill business makes a material used to fill pneumatic, or air-filled, tires to essentially make them “flat-proof,” Restaino said. The tires are filled with polyurethane gel, which then hardens. The brand name for the material is TyrFil. It’s useful in industries such as mining or construction, where a flat on one of the large tires used on equipment would hurt production. Accella Tire Fill also makes the equipment that is used to fill the tires with the material.

The Berea plant has been through a number of changes in recent years.

It was previously a part of Arnco, which Accella (then known as Dash Multi-Corp.), acquired in 2013. Pathway Polymers was acquired the same year, and the two companies’ names were soon combined. In 2014, the companies that had made up Dash Multi-Corp. became Accella, which is owned by private equity firm Arsenal Capital Partners. And at the start of 2016, Accella renamed the ArncoPathway and Zeus Tyre Fill businesses to Accella Tire Fill Systems. In the last six months, Accella began consolidating the research and development efforts at plants in South Gate, Calif., (which closed after operations combined with another California plant) and Chattanooga, Tenn., at the Berea plant.

Cunningham said Accella also is moving its manufacturing and technical service support for the tire fill division to Berea. Restaino said Accella focuses on selling complete solutions to its customers, so offering the combination of the material, the machinery and the technical support is important.

“That’s critical to how we approach the market,” Restaino said.

In addition to those updates, the company also intends to expand manufacturing for Accella’s other divisions at the Berea location. The plans are to “significantly expand” production in the tire fill and other product lines in Berea, Cunningham said, as well as to store products closer to end users in Canada and the Northeast United States.

And the company has plenty of space for that.

Berea plant manager Sean Freed said the plant has about 112,000 square feet in office and manufacturing space on more than 14 acres, giving the company room if it needs to expand. It has seven lab spaces, though only three, including a quality control lab and a physical testing lab, are currently in use by the company. Cunningham said he expects the company to increase staff and open a new lab in Berea in the next few years.

Freed said the plant has already grown in the past nine months. Accella has added five full-time employees in that time, bringing the total to 18. Additionally, the plant employs two temporary employees that Freed hopes to bring on full-time. Restaino said there has been about $750,000 in investments in the Berea plant in the past nine months, including the addition of some large mixing stations for the tire fill materials.

Matt Madzy, director of planning, engineering and development for the city of Berea, said he’s excited about the new focus on research and development at the plant and thinks it’s a “perfect fit.” It capitalizes on the tire and chemical expertise in Northeast Ohio and opens up the plant to developing new products, he said.

Restaino said there’s currently a slight lull in terms of the tire fill market because of the industries it serves — construction is strong, but oil and gas and mining are not — but that the outlook overall remains positive. And the other polyurethane businesses served by Accella are strong, particularly roofing insulation, Cunningham said.

All of this means the company is expecting Berea to play a big part going forward. In an emailed statement, president and CEO Andy Harris said he expects the Berea plant to play a “significant role” in the company’s future growth.

Restaino agrees, saying, “We really see the Berea facility as a world-class facility, and we’re building and leveraging off of what’s already here and adding to it to develop our position in the marketplace.”