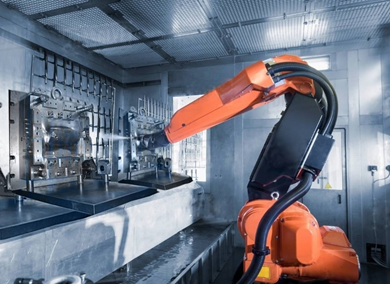 Global Polyurethane News: Ford Motor Company has successfully incorporated graphene into polyols to produce a polyurethane (PU) foam that reduces car noise while also reducing the weight of the car.

Graphene is a form of carbon with a thickness of one atom. It is almost transparent, but the density is so high that helium cannot pass through it.

In 2004, when two scientists at the University of Manchester described how they used ordinary tape to extract this material, it became compelling. Their work won them the 2010 Nobel Prize in Physics.

Less than ten years after the two scientists won the award, Ford was able to incorporate graphene into the polyol.

Now, this kind of foam is used in all of Ford's North American vehicles.

Ford’s sustainable development and emerging materials technology expert Alper Kiziltas said that one of the biggest challenges in developing foam is to disperse nanomaterials such as graphene into viscous polymers and keep them from collapsing during the mixing process.

Kiziltas said that XG Science has provided graphene chemically compatible with polyurethane in sufficient quantities and at a reasonable cost. Eagle Industries, a primary polyurethane molder, participated in the foam processing.

He said that polyols containing graphene cannot be processed like normal additives. In order to maintain the characteristics of graphene, the material must be processed differently.

Kiziltas said: "In addition to the requirements of Eagle's manufacturing process, we have developed a unique method to combine and disperse graphene and foam polyols."

Another challenge for Ford in developing polyurethane is conceptual. For new materials, people usually think that if an application consumes more materials, it will get better performance.

He said that graphene now accounts for less than 0.3% of the foam. "We got very good mechanical, thermal and physical properties."

Kiziltas said that formulating polyurethane with graphene is very simple. In addition to adding graphene, it hardly needs any changes.

Other challenges are typical challenges faced by companies when introducing new materials.

One is cost, because customers are very price sensitive. Kiziltas said that Ford must ensure that the new foam material at least does not affect costs.

In addition, because foam is a new material, Ford must ensure that it can meet or exceed the requirements for parts, Kiziltas said.

He said that compared to foam without graphene, the compressive strength and modulus have increased by about 20%. The heat distortion is increased by 30%. The sound absorption coefficient has increased by 25%.

He said that the weight of parts made of this foam should be more than 10% lighter.

Car manufacturers are eager to reduce the weight of their vehicles because they can go farther on a tank of fuel, allowing them to emit less gas.

Ford introduced this foam in 2018, and it is used in parts such as engine covers, fuel pump covers, and fuel pipe covers.

These covers are limited to internal combustion engines. However, Ford sees the potential use of this foam in electric vehicles (EV).

It turns out that the white noise of the engine masks the rumble and squeaks in daily driving. These annoying sounds are more pronounced in electric vehicles because they do not have internal combustion engines.

Kiziltas said that Ford's foam can be used in front linings, door panels and under carpets to reduce the noise of electric vehicles.

He said that companies outside the automotive industry are also asking about this bubble.